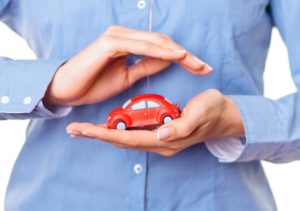 California auto insurance is now under investigation, due to officials recently uncovering some new information. It has come to their attention that some white-collar professionals, that live in wealthier neighborhoods may be offered discounts on their car insurance. Whereas someone 20 minutes down the road could be charged a lot more. Both drivers have the same driving record. The difference is that the wealthy are getting discounts, while they poorer, people of color are getting denied those same benefits. This is obviously a huge problem, hence why it is being addressed.

According to CBS News, the “California Department of Insurance Commissioner Ricardo Lara says that results in a “disturbing” gap in premium costs between such “affinity groups,” as insurance jargon describes such customer segments. The agency that he’s in charge of, ran a test in may and found out some shocking news. People with professions such as doctors, engineers, lawyers, surgeons, etc we’re being offered discounts by a handful of insurance companies.

Lara is determined to get equal opportunity for everyone with auto insurance, as he takes the next step to see if what is happening is legit and if it’s legal. He is going to ensure that all Californians will have access to affordable insurance for their cars, that is NOT based on their ethnicity, income, or education. To start Lara’s project, 95 of California’s biggest insurers ,that offer car insurance, were asked to provide data on their policies. Out of the 95, only 33 responded, which represents 16.5 million insured vehicles. The study found that the customers who were enrolled “in affinity groups enjoy discounts ranging from 1.5% to 25.9% off their premium… While 55% of residents in high-income areas who are enrolled in an affinity group get a break on their rates, only 26% of people in poor Zip codes receive a discount.”

Just because someone has gotten in a car accident, this study shows that auto insurance rates can still be different, based on the neighborhood someone lives in. Nicole Aeschleman is an excellent San Jose Family Law Attorney who will fight for equality, just as Lara explained in his statements.

Daniel Sternberg, who is an attorney for Consumer Watchdog made a statement fighting for equal auto insurance. He said, “Now that the Department of Insurance has confirmed the impact of this on regular people, we look forward to prompt and decisive action by the commissioner to end these unlawful overcharges.”

Thanksgiving – Ways to Help and Serve the Community