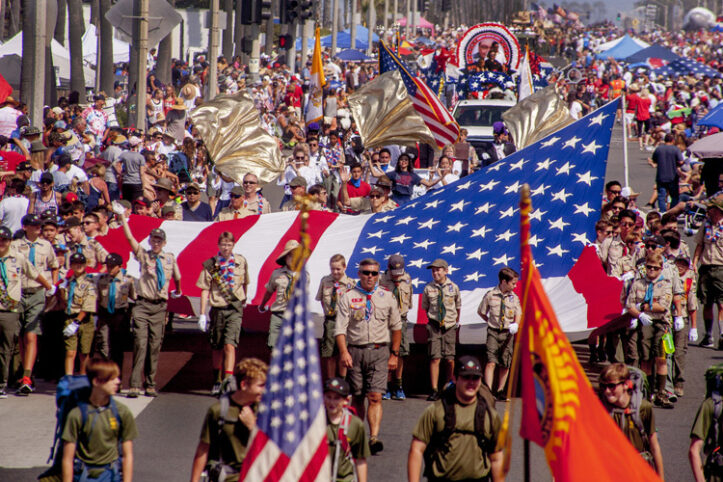 Temperatures have been soaring high this time around in America. People are feeling the heat like never before. But Mother Nature was feeling slightly generous when it decided to offer some relief to the people.

The fourth of July weekend was expected to be sweaty and hot. Credit for such high temperatures obviously goes to humans whose actions have led to global warming and yet something truly magical caught the people of California by surprise. Lower-than-average temperatures were witnessed by the people who could not contain their happiness and showered their love and affection to Mother Nature for saving their holiday.

Daniel Harty, a meteorologist with the National Weather Service in Hanford, reported that “‘pleasant’ is a good word” for the weather and cool temperatures. He continued, “typically, we’re saying, ‘Oppressive heat. Dangerous’ and warning of all the hazards of the heat right now. It’s nice to not have that big of a concern about it.”

The reason for this beautiful weather is the onshore breeze and a low pressure system that made its way to the Golden State. The holiday weekend had mild temperatures, and it’s expected to remain that way through the middle of the week. However, these cool temperatures are only a 4th of July treat, as temperatures are predicted to rise again next weekend, meteorologists have warned.

Midwesterners faced some jealousy as they heard about the temperature in the Los Angeles area. It is quoted to have been “high in the 70s. Low winds. Sunny skies during the day”. Clear skies were witnessed during the evening and night, which offered the perfect environment for some legal fireworks.

Other places like Burbank reported having experienced a high of 80 degrees on Monday. Downtown Los Angeles was greeted with a 77, whereas the Los Angeles International Airport had a 74. Another meteorologist at the National Weather Service in Oxnard, known as Kristan Lund, described the weather as, “it’s so nice” and how the upcoming weather was going to be like “beach days”.

Lund’s experience tells us about the temperature rise many people have felt in the region. She moved to Southland some time back and was greeted with warm temperatures very different from the cool and gray weather experienced in Seattle, where she was earlier. However, her colleagues were elated at the temperatures they enjoyed during the fourth of July celebrations.

A weather forecaster at the National Weather Service in Sacramento reported that the average temperature this time of the year in that region is 93. However, Sacramento experienced a 88 on Monday, which was a pleasant surprise. Another instance of nice weather was reported in San Joaquin Valley, where the temperatures were in the upper 80s, which is almost 8 to 10 degrees lower than normal.

The weather can very quickly change to the 90s in the upcoming weekend, but it’s best to avoid that discussion and enjoy the cool temperatures while it lasts. He said, ” during the holiday weekend, no one is complaining”. Many people took to social media to express their happiness and excitement. This includes the National Weather Service’s Twitter account, which posted emojis of starry-eyes smiley faces and party poppers. People enjoyed a lovely weekend by the beach celebrating the fourth of July.

Why Is Long-Term Disability Coverage More Vital Than Pet Insurance?