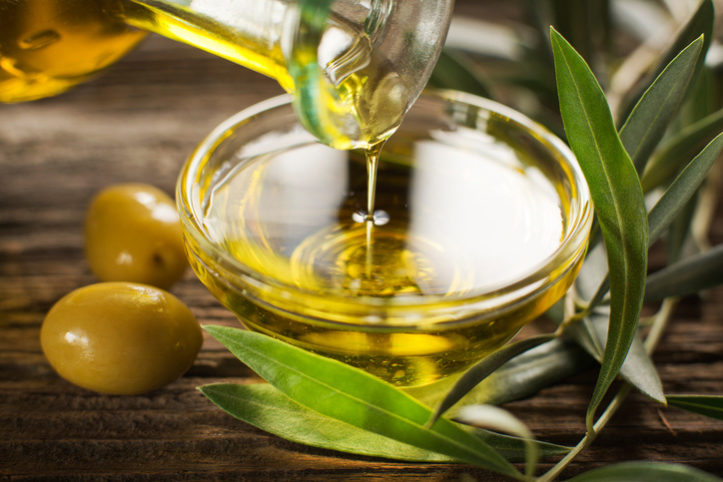 Olive Oil Fraud? Depend on California

Health benefits come from many natural food sources, but more and more people are becoming aware of the truly rich natural oils available to the public. Olive oil has been on the market for years and has many health benefits. Compared to lard, grape seed oil and butter fat, olive oil produced more of the satiety hormone serotonin in patients blood after eating yogurts with the 4 different fat sources proving it to help with weight loss. It also softens and removes ear wax, slows the aging of the heart, nourishes skin, cleanses the liver and so on. So how do we choose which oil to use? We have all read the labels: Light Olive Oil, Spanish Olive Oil, Imported Extra Virgin Olive Oil, Organic Extra Virgin, Cold Pressed Extra Virgin, California Extra Virgin Olive Oil. The list goes on and on. Most go with an imported olive oil thinking it is the truest form from the first press of olives and if it says Extra Virgin it must be 100% pure. Wrong!

“International standards for extra virgin olive oil are mostly unenforced. Although the term ‘extra virgin’ is generally understood to denote the highest quality of olive oil, industry representatives report that the current standards are easily met by producers and allow olive oil marketed as ‘extra virgin’ to represent a wide range of qualities. This lack of enforcement has resulted in a long history of fraudulent practices (adulteration and mislabelling) in the olive oil sector.” – United States International Trade Commission

Olive oil fraud has come to a head as the the anti-fraud police squad in Turin, Italy took and tested 7,000 pounds of fraudulent olive oil bound for the USA. They began testing the big Italian brands such as Carapelli, Bertolli, Santa Sabina, Coricelli, Sasso, Primadonna and Antica Badia only to find the oils being diluted with sunflower oil or canola oil. America spends millions on imported Extra Virgin Olive Oil and have now companies are looking west, that’s right California.

The “Golden State” happens to have some of the purest Extra Virgin Olive Oil in the world. After testing six of the most excellent oils, 3 were from California’s olives other “good” oils came from Argentina, Greece, Italy, Morocco, Spain, Tunisia and Turkey. Italy had only 2 excellent sources. Now the question stands, what brands are the real deal. Here are the red flag brands:

These are the oils that pass EVOO (extra virgin olive oil) standards:

There are a handful of other great choices and most come from sunny California. Be sure to do your research before purchasing a product that is not as pure as the label might read. Pay attention to the harvest date, look for a seal from the International Olive Oil Council (IOC) and buy from a dark bottle which protects it from oxidation. Once the research is done, you’ll be sure your holding in your hand the purest form of Extra Virgin Olive Oil one can buy.

“M” is for Marijuana