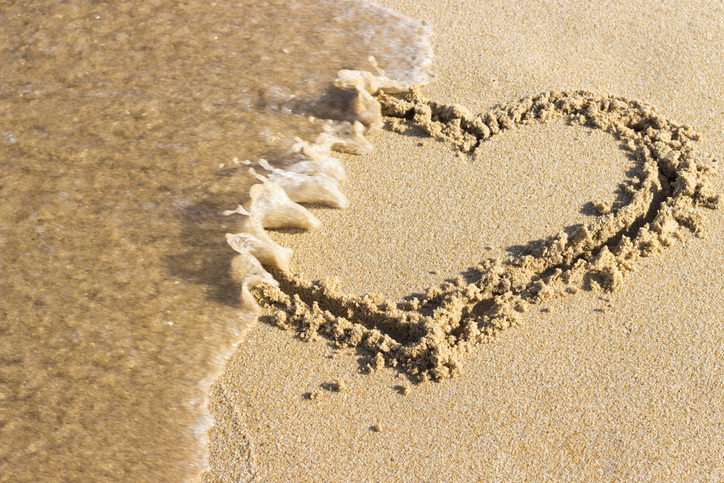 They say divorce is never a pleasant thing, but maybe for some, it is and at times the best thing that can happen for two individuals. Also, did you know the divorce rate has fallen from 49% a decade ago to 46%? No one really knows the reason behind the numbers and as there are many speculations. Santa Rosa family law lawyer Paul Lozada states, “More couples than ever are living together and having kids out of wedlock, for a variety of reasons. And they call it quits just like their married counterparts”. It is much more common to be life partners than married couples in the 21st century. 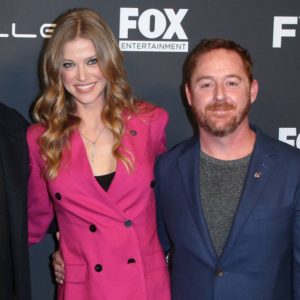 Adrianne Palicki and Scott Grimes (credit)
Two months of marriage and the Orville actress filed for divorce from her costar on the Hulu comedy in July according to TMZ. 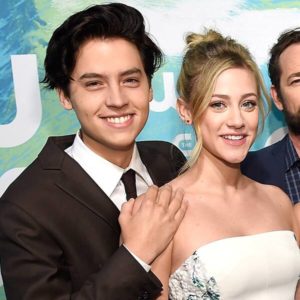 Lili Reinhart and Cole Sprouse (credit)
Riverdale costars had called it quits on their romance after two years. The couple appeared to remain cordial as they were seated next to each other during a Comic-Con 2019 panel. 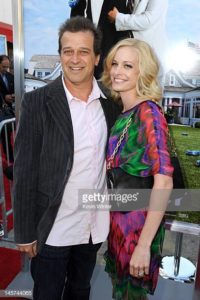 Allen Covert and Kathryn Covert (credit: Kevin Winter/Getty Images)
July after 13 years of marriage, Kathryn filed for divorce from the Grandma’s Boy actor according to court documents obtained by The Blast at the time. The couple share four children.

Gus Kenworthy and Matthew Wilkas (credit)
After nearly four years together, the Olympian and the actor announced their breakup on July 11 . “They love and support each other and remain close friends.” 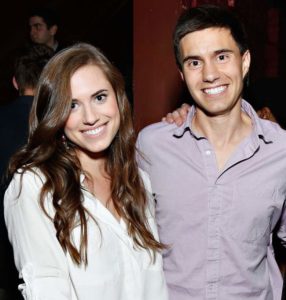 Allison Williams and Ricky Van Veen (Image Source- Flipboard)
Nearly four years of marriage and the couple call quits on their marriage in June 2019. The couple gave a joint statement, “With mutual love and respect, we have made the decision to separate as a couple. We are grateful for the friendship that we have and will continue to have.”

Ivana Trump and Rossano Rubicondi (Pascal Le Segretain/Getty Images)
She and the Italian actor had split for the second time during an interview stating, “I am once again a single woman,” she said. “I have the freedom to do what I want, with whomever I want to, and I can afford my lifestyle.” 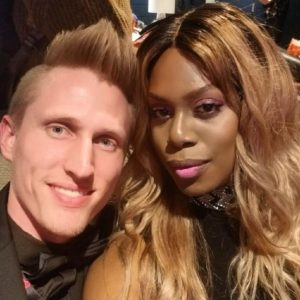 Laverne Cox and Kyle Draper (Photo: Tibrina Hobson/Stringer)
The Orange Is the New Black star announced the couple’s split in June in an emotional message on Instagram. “After much soul searching and tears from both of us, we have decided it’s time for us to go our separate ways,” she wrote in part. “We decided we should make a public statement since our relationship was public in ways neither of us anticipated.” The former couple dated for nearly two years. 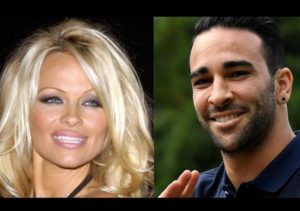 Pamela Anderson and Adil Rami
The Baywatch alum announced her split from the French soccer player on Instagram on June 25. “It’s hard to accept. The last (more than) 2.years of my life have been a big lie,” she wrote before accusing Rami of cheating and abuse. Just a few weeks earlier, Anderson told Us that marriage was “always an option.” 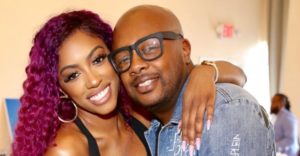 Porsha Williams and Dennis McKinley (Photo: @porsha4real/Instagram)
The star and her fiancé split in mid-June after one year together. A Williams family member told Us that there “is a tiny, tiny, tiny chance they would get back together.” The couple got engaged in September 2018 and welcomed their daughter, Pilar, in March 2019. 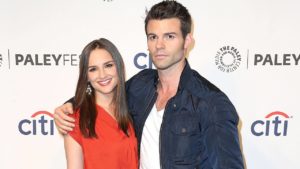 Rachael Leigh Cook and Daniel Gillies (photo: Getty Images)
The star of Vampire Diaries alum announced their separation after nearly 15 years of marriage in a joint statement on June 13. “With deep gratitude for every year we have spent together and the thousands of beautiful memories shared, we have mutually decided to separate as a couple,” they wrote via Instagram. “This decision isn’t one we have come to easily or lightly. We love and respect each other as parents, people and artists and look forward to maintaining the best parts of our relationship for many years to come. Your discretion in this matter is kindly requested for the sake of our children during this time of transition. Thank you to those of you who are already aware; for your tremendous compassion and understanding. Lots of love, Rachael and Daniel.” 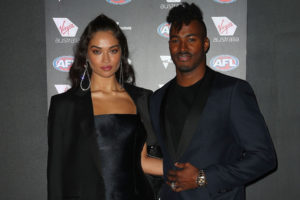 Shanina Shaik and DJ Ruckus (credit)
The Victoria’s Secret model and musician announced in a statement to Us Weekly on June 7, “After careful thought and consideration, Shanina Shaik and Greg ‘DJ Ruckus’ Andrews have decided to separate,”. they share a mutual respect for each other and ask for privacy in the matter.

Bradley Cooper and Irina Shayk (Photo by Daniele Venturelli/WireImage)
On June 6, Cooper and the supermodel broke up after more than four years together. A source revealed that Shayk is “still staying” at Cooper’s house for the time being as they figure out splitting custody of their daughter, Lea. 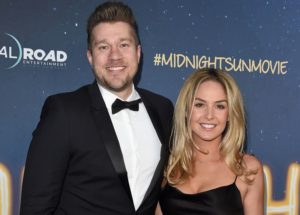 Scott and Michelle Speer (Axelle/Bauer-Griffin/FilmMagic)
Michelle filed for divorce on May 28, 2019, according to court documents obtained by The Blast. The outlet reports that Michelle is seeking sole legal and physical custody of the couple’s daughter, Skylar, and is also seeking legal fees and spousal support. Documents obtained by Us Weekly show that Scott was charged with several felony counts, including arson, injuring a spouse, child abuse, criminal threats and resisting arrest following a domestic violence dispute in which he allegedly struck his wife and lit a broom on fire before placing it next to the former couple’s home. Scott pleaded not guilty to the charges on May 17, 2019. If convicted, the film guru faces a maximum sentence of up to 11 years and eight months in state prison. 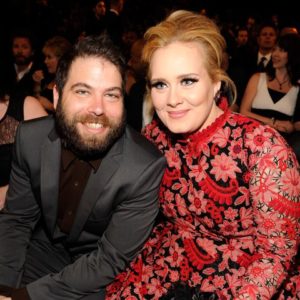 Adele and Simon Konecki (photo: Getty Images)
Grammy winner Adele announced her split on April 19. “Adele and her partner have separated,” the songstress’ rep said in a statement to Us Weekly. “They are committed to raising their son together lovingly. As always they ask for privacy. There will be no further comment.” The pair share son Angelo, 6. 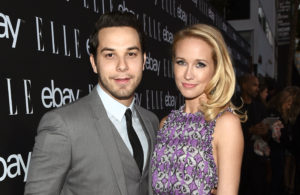 Anna Camp and Skylar Astin (Michael Buckner/Getty Images for ELLE)
The Pitch Perfect costars announced their divorce in April after two years of marriage. “We can confirm that we have decided to separate, and this decision was made mutually and amicably,” the couple said in a joint statement to Us Weekly. “We kindly ask for privacy as we navigate this transition.” 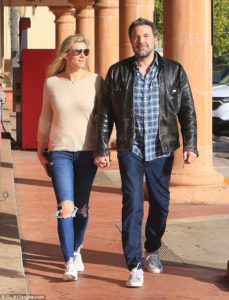 Ben Affleck and Lindsay Shookus (Credit:© GL/X17online.com)
Less than three months after they rekindled their romance, the couple split for a second time in April 2019Us Weekly confirmed in April 2019. “She has a kid and an ex-husband and a job in New York and Ben has his family and a job in L.A., and while they love and respect each other, they just realized it wasn’t going to work,” an insider told Us at the time. “They really gave it another solid try.” 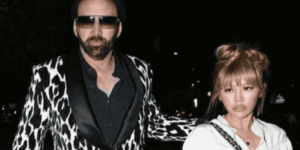 Nicolas Cage and Erika Koike (photo: DEBY, Copyright © 2018 BACKGRID, Inc.)
The actor star filed for an annulment on March 27, just four days after tying the knot with his fourth wife. The pair were first spotted together in April 2018.