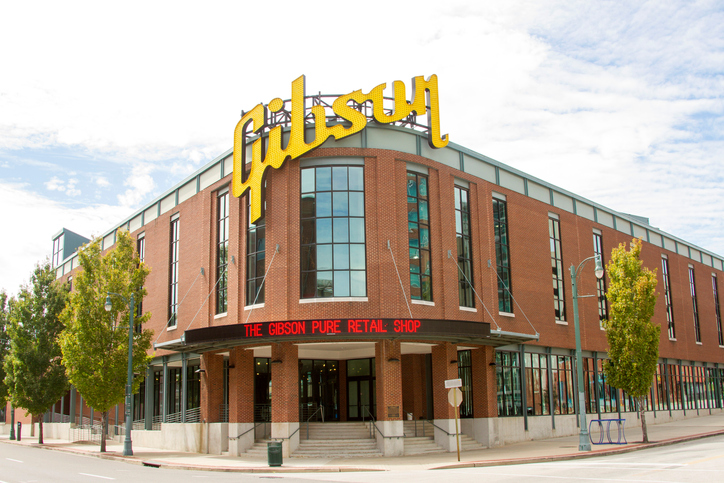 From the legends like Chet Atkins, Jimmy Page, Chuck Berry, BB King and Paul McCartney, to the modern epic musicians like “The Edge”, Taylor Swift, Slash, Derek Trucks, Lenny Kravitz and Dave Grohl, the one thing they all have in common is playing on some of the most epochal electric and acoustic guitars made by Gibson. A few months ago, the world was jolted from news regarding Gibson filing for Chapter 11 bankruptcy. The announcement was worrisome at first with long-term Gibson fans thinking the company was going under. However, they announced that the bankruptcy was for, “re-focusing, reorganizing and restructuring”. They had acquired a few side businesses that will be shed in the process.

“Over the past 12 months, we have made substantial strides through an operational restructuring. We have sold non-core brands, increased earnings, and reduced working capital demands,” said Gibson’s CEO Henry Juszkiewicz in a statement. However, the long overdue debt the company had accumulated out-weighed the profits hoped for.

With a debt of $560 million due this summer to a variety of companies, investors want the chief executive officer, Juszkiewicz, out of the picture. In his attempt to make things better, he invested into electronic companies hoping to make Gibson a “music lifestyle” company. His plan failed him and the investors wanted immediate change.

Let’s go back a few years, around 2014, when Juszkiewicz bought a line of customer electronics from Japanese companies and Royal Philps NV’s audio and the home entertainment business, WOOX Innovations all for $135 million. This was in hopes of competing with the really big dogs, only to have it fall on its face. It turned out that the cash drain was very unprofitable.

Being a legendary company with quality crafted guitars made in US factories in Montana and Tennessee, the focus in going to go back to the instruments. “We’re preserving the artistry,” Juszkiewicz said. “That’s what Gibson is, and that’s what people want from Gibson.” He also stated that the ““company is concluding a thorough strategic and budget planning process to identify those areas where it can maximize its investments, and pare back areas where investments have not been performing to expectation.” Hopefully the focus pulls gibson back in the game of genuine, handcrafted guitars and as an iconic brand above many others.

California Is Burning Right Before Our Eyes