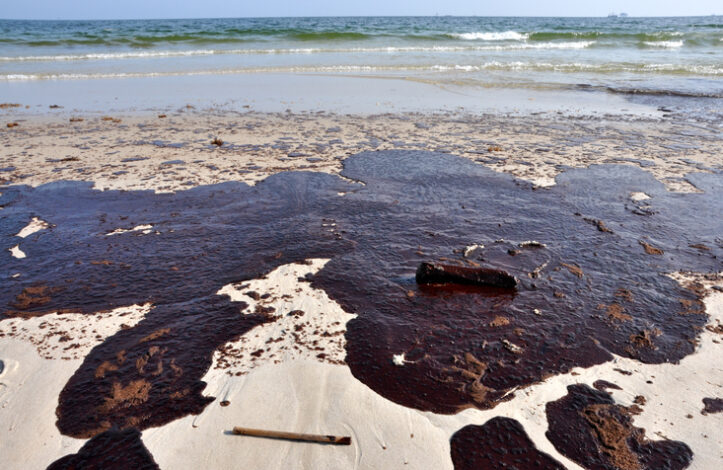 A massive oil spill off the coast of Orange County had crews racing to try and contain the damage early on Sunday the 2nd of October. The spill, originating from a pipeline connected to an offshore oil platform called Elly, was first noticed on Saturday.

As per estimates, around 126000 gallons of crude oil have spilled into the water, causing acres of slick visible over the ocean. The oil has reached the shores in several areas including Huntington Beach and Newport Beach. Along with the damage to the beaches, large numbers of fish and marine birds have been affected by the spill.

While officials reported that the pipeline was successfully patched up by Sunday afternoon, the delay caused the oil to leak all through the night into the surrounding waters. As a result, dead birds and fishes were already washing up on the shores by the time the repair was completed.

A Disaster During An Already Challenging Year

The origin of the leak remains unknown, as does the exact time the oil spill began. Kim Carr, the Huntington Beach Mayor, considers this leak to be one of the most devastating situations to have hit the area in decades.

The mayor also gave the assurance that in spite of the challenges, the team was mobilized quickly and has been proactively responding to the situation. They will be doing everything in their power to ensure the health and safety of the residents, visitors, and natural habitats.

Elly, the oil platform from which the leak began, had been installed off the Orange County coast way back in 1980. While the cause of the leakage remained unknown, the leaking pipeline, which spanned 17.5 miles, was suctioned at both ends to prevent further spillage.

Residents visiting the beach in the early hours of Sunday morning were greeted with clumps of crude oil brought in by the waves. The oil even reached into the Talbert Marsh, an ecological reserve that houses several species of birds.

According to officials, the oil is expected to infiltrate the beaches of Orange County in the coming days.

Biologist and environmental consultant Ben Smith noticed tar on the Santa Ana River, which meets the ocean at the border between Huntington and Newport beaches. He observed that this could cause considerable damage to the birds who may get the tar over their feathers.

The damage is noticeable, as large numbers of birds have already succumbed to their injuries. According to Smith, it may ultimately prove deadly for the wildlife as well as the people using the water.

While marine mammals were not reported to have been affected yet, officials aren’t too optimistic as such reports usually emerge a day after the event. The Pacific Marine Mammal Center located in Laguna Beach has been put on standby to quickly do the needful in case any situation arises.

Measures Taken For Tackling It

With the oil slick over the ocean being clearly visible on Sunday, the officials closed a part of the coast from Seapoint Street to the Newport Beach city line for the public.

Due to the improvements in technology, the speed of containing the spill was greater than when similar situations occurred in the past. Around 2,050 feet of booms (floating barriers) were deployed by the Huntington Beach officials. This helped check further the influx of oil in areas rich in wildlife. In addition, large sand berms were put up to prevent the oil-laden water from flowing into the Talbert Marsh.

Michelle Steel, the Orange County Rep., requested a major disaster declaration for the county through a letter to President Biden. This would make state and local agencies along with individuals affected by the disaster eligible for additional federal assistance.