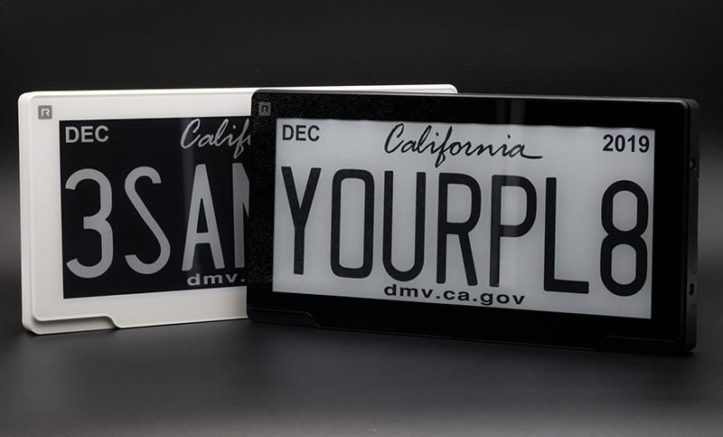 Are we in 2019 or 3019? HB 1711 has been introduced as “an electronic license plate that is designed to display the information required to be included on a physical license plate and be placed on a vehicle … in lieu of a physical license plate.” A San Francisco based company Reviver, has started production on license plates that are completely digital. They are 6-by-12-inches and are almost one inch thick. They feature the ability to track “parking permits, toll collection and GPS,” according to Statesman. They would also provide a new method for the police department to track a vehicle that has been reported as stolen, and even display amber alerts across any people’s cars with the plates. They have already made their way to California and Arizona, but just got approved for a bill that sets up Texas to be next in line for them. There has been talk of a base model being made with an initial cost of $499 plus an extra $3.99 monthly subscription. Others are saying that the initial cost will be $699+! Whatever the case, it seems that businesses and professionals would be the most likely to gravitate towards purchasing a plate.

Representative Chris Paddie worked alongside the law enforcement in Texas to help calm their fears that they have of the plates being effectively read, fraudulent activities, and hackers. Another concern brought up, was that of the talk of allowing advertisements on the plates themselves. No one seems to want the ads to be the main focus of the plates, and there will be talk in the future of how to handle the revenue for the businesses that are being advertised. So far, most people have agreed to allow ads to be shown across the top of the plates, but not to be a constant thing that takes up all of the attention.

In addition to all of the other things the plate can do, custom messages will be able to be displayed from the driver’s seat. When the car is stopped, since the plate will be connected to the internet, the plates could possibly display the weather and whatever image the driver wants displayed. Many people are sharing their concerns with that. Most people are saying that this would create another way for road rage to heighten, and for car accidents to increase, due to unpleasant messages displayed on the plates. In California, a car is required to remain stationary for at least 5 seconds before any sort of digital plate display can change. This is the direction others seem to be on board with, for all of the other states that choose to allow them. The plates are powered through an ion battery that charges while the car is on. In the future, the hope is that a battery will be produced that will allow the display to show for years and years, even when the car is turned off.

All of these changes may affect people like Joe Lopez, an Austin Personal Injury Lawyer, if there was a malfunction in one of the plates. Many lawyers will have to educate themselves in the way that they work, in the case of a car or truck accident. Going back to that subject, what are the possibilities of someone using their plate display to anger others on the road? Will that affect the way that lawyers will approach cases involving these new license plates? Will this affect cases having to do with speeding tickets, running red lights, and other cases with crimes involved? If the bill does pass in Texas, I’m sure there will soon be talk of the pros and cons of it all. For now, Reviver is optimistic and believes digital plates are the new future.