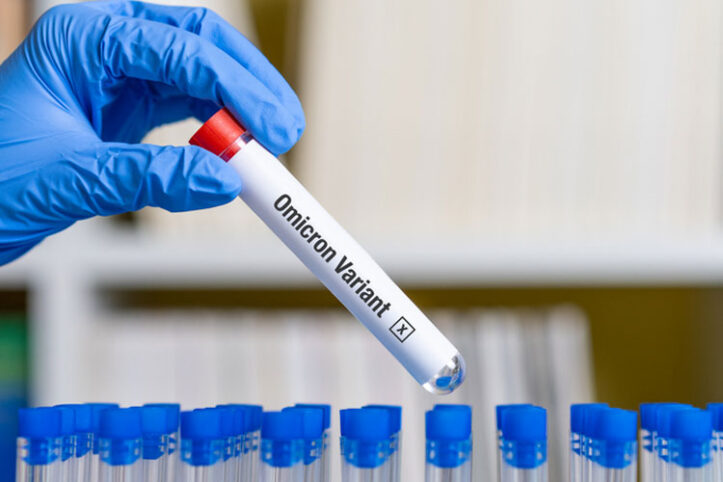 What to Know About Omicron

A new variant of the dreaded coronavirus has taken the world by storm, with speculations on its effects leading to increased panic in the US and other parts of the world. As per headlines, the variant, which was first identified by scientists in South Africa, was officially named Omicron.

With the news making headlines all over the world, new border restrictions were enforced to check the spread of this virus variant. The stock market also witnessed a slump due to the growing panic. And this has increased with the World Health Organization labeling it as a ‘variant of concern’. The dread surrounding this variant is not unfounded though, as the Omicron is the first variant since the discovery of the delta variant to be designated as being one of concern.

Of course, the developments following its discovery have been quite similar to the panic that followed when the news about the delta variant was released earlier this year.

A Lack Of Data

What makes the Omicron variant more concerning is that experts aren’t sure about how it is going to affect the course of the pandemic as of yet. The lack of information, combined with the fact that the variant may have already entered the US and other countries is contributing to a growing sense of alarm among the people and government alike.

The present evidence regarding the new variant suggests that it might have a high level of transmissibility – even more than the delta variant. At the same time, it might only cause mild infections in the affected people.

However, these may just be speculations, and the only way to get to know more about the variant is to wait for further information from experts.

Why Are Experts Concerned

Experts all over the world have been trying to get answers to the burning question of whether the Omicron variant can emerge as a new threat to the global population. However, the available data has given rise to great concern among the scientists studying it.

A major reason lies in the sheer number of mutations noticeable in the virus. Over 30 mutations have been discerned so far within its spike protein – the same part of the virus that our body is trained to fight against through vaccination.

So, there is a high chance that the mutated spike protein will make the current vaccines ineffective. Furthermore, the antibodies produced in the body due to a prior infection might also not be enough to protect against this new variant.

Of course, while most experts think that prior vaccination will be effective enough to prevent death or severe infections, we can’t be too sure unless more information about the mutations gets revealed.

The Right Way Ahead

Vaccine manufacturers aren’t sitting idle in the face of this new variant either. Both Pfizer-BioNTech and Moderna have begun preparations for reformulating their shots to boost their effectiveness against Omicron. Still, the effectiveness of the new shots is also dependent on more detailed information about the variant.

But, at the same time, it’s worth remembering how far the world has come in beating Covid-19. And following the same method of prevention and restriction is the key to stopping Omicron from causing havoc.

Along with pushing for the mandatory use of masks, several states across the US like California are encouraging all eligible people to get vaccinated as soon as possible. Moreover, booster shots are being recommended for people at a high risk of contracting the disease. People showing any symptoms should get a test done immediately.

In addition, travel restrictions have been reintroduced for some specific nations, and so has stringent testing at airports. Further, Covid samples from across the country are being monitored to detect whether the new Omicron variant has already entered the country or not. At present, the policies of vaccination, testing, and restrictions are the way forward to combat the spread of this mutant virus.

This Holiday Season, Plan Ahead — Don’t Drive While Intoxicated