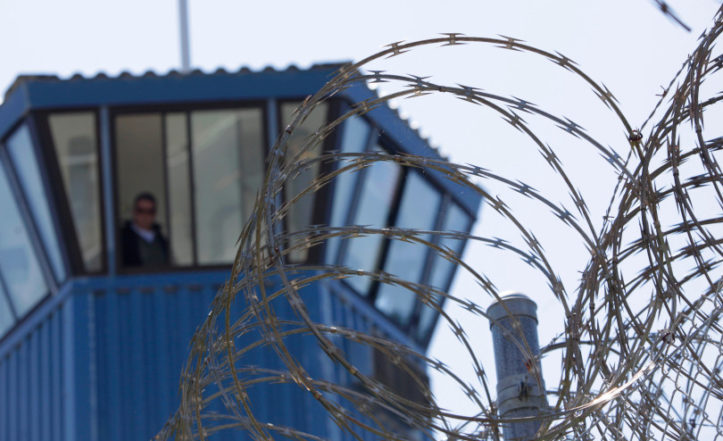 Multiple court records were reopened Thursday, to reveal charges against 25 Aryan Brotherhood members. They have now been indicted and are awaiting their fate. Ronald Yandell, who is 56, is already serving his life sentence in a state prison. He has been convicted of manslaughter and murder, relating to a homicide that occurred in 2001.

There’s an alleged three-man run commission, and Troxell and Yandell supposedly run that gang. Slyvester, Torres, Corbett, and Burhop are also all serving life sentences, for murder. Federal death penalty is also allegedly an option, in all of their cases. Doing so would require a lengthy process and the U.S Department of Justice would be required to approve, so that makes those chances more slim. Two defendants are not in custody, but there are reports that the authorities are very close to catching one of them. This particular gang is linked to hundreds of murders, inside and outside of the prison, while it’s been open for over 55 years.

Mercury News writes that “the 143-page indictment describes drug trafficking, murders, attempted hits and home invasions.” Not only do the Aryan Brothers murder people who don’t belong to their gang, but they are also known to murder former Aryan Brothers who step out of line or cross the wrong people.

The most recent murder was a result of the killer wanting to boost his status in the gang. It happened in July of 2018, as there was a stabbing of Donald Pequeen, committed by Corbett and Brady.

The evidence for the indictments against the Aryan brothers was found through notes written by Yandell. Other evidence was found and submitted from wiretap investigations. The investigation uncovered that Yandell had been smuggled a cellphone. Instead of confiscating it, police used it a means of communication. They were able to listen into his conversations about the gang’s plans and business plans. A woman, by the name of Quesenberry, was involved and had planned to carry out four additional murders. Because of the wire tap, the police were able to stop it and even moved the intended victims to a safe place.

The Mercury News defines the Aryan Brotherhood as a group that “was formed in the California prison system in the 1960s. Its symbol is the shamrock, though its members are also known to display swastika tattoos and other Nazi symbols. It is known for having a longtime alliance with the Mexican Mafia, and unlike many white supremacist groups, has allowed people with mixed ethnicity to join.” The members are required to commit violence to join, they must continually commit violent acts, and can only leave the group when they die.

Yandell has a long history with the Brotherhood. He has traces all the way back to 1997. He served some time in federal prison, was released in the early 2000’s, and then returned back to federal prison. He has been charged for double homicide by 2001, and attempted to have the witnesses in his case murdered.

Yandell ended his interview by saying that “he admitted to being caught with a cellphone and illicit notes, but claimed that was related to his work on a documentary about the prison system. He wrote that he plans to file a lawsuit against the state.” (Mercury News)

Though there is a lot of work left to be done, to get the Aryan Brotherhood shutdown completely, this indictment is a step in the right direction.