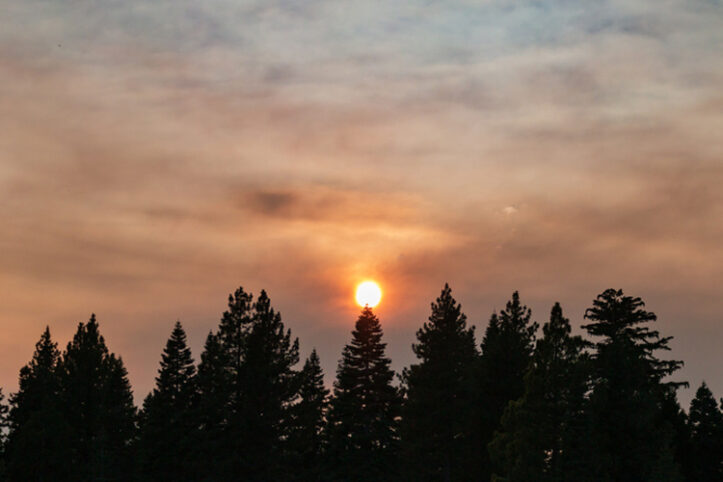 After days of battling the massive Caldor fire intensified by fierce wind gusts, the firefighter crew was in for relief due to better weather conditions on Thursday, 2nd September.

According to incident meteorologist Jim Dudley, while localized gusts were still likely, the light wind and higher humidity levels on Thursday and Friday allowed the crew to advance towards containing the fire and target troublesome areas.

But things may not be as smooth for the crew. As per Dudley, the firefighters will have to deal with the unpredictable “terrain-driven winds” resulting from the sun heating the ground. In addition, the dry conditions in the California-Nevada alpine region may continue to cause spot fires, threatening homes around the area.

Stephen Vollmer, who works as a fire behavior analyst in the Department of Forestry and Fire Protection of California, remarked that the team is battling what they can fight while waiting for the winds to subside.

The Caldor fire, which has been burning for over three weeks, has torched hundreds of houses and vacation rentals as it moved towards the border of Nevada. As a result, the residents of South Lake Tahoe, numbering close to 22,000, have been forced to evacuate from the area along with thousands of tourists. As the blaze approached, stores and casinos in Nevada were also shut down.

The crews have resorted to the use of snow-making devices to douse buildings in Tahoe’s Heavenly Mountain Resort. The firefighters have been focussing on keeping the flames away from urban areas. Nevertheless, at least 33,000 structures still stand threatened at South Lake Tahoe, engulfed in thick black smoke.

On Wednesday, President Joe Biden issued a federal emergency declaration that ordered federal assistance to supplement the firefighting force. Several out-of-state crews, in addition to the 15000 firefighters of the state, have been battling the active fires in California.

The Dixie fire, which is the second-largest wildfire in the history of California, stands around 55% contained at 1,340 square miles as of Thursday, 2nd September. This active wildfire, burning approximately 65 miles north of the Caldor fire, can be held responsible for drawing away the resources for fighting the latter – at least in the initial days.

Scott Stephens, a wildland fire science professor at the University of California, Berkeley, believes that the magnitude of the Dixie fire did impact the lack of a solid response to the Caldor fire when it started. As most of the resources were drawn away, the remaining was not enough to contain the Caldor fire and prevent it from assuming the massive size it currently has.

Only 240 firefighters approached the Lake Tahoe region to deal with the Caldor fire in the first couple of days. This is in stark contrast to the 6,550 firefighters battling the Dixie fire. It took several days to increase the resources for the Caldor Fire, but by this time, it had caused massive destruction to a large number of houses.

As per a statement by Cal Fire Chief Thom Porter, the crews are having difficulty dealing with the wildfires, as the resources are stretched thin. According to Cal Fire, the Caldor fire, which has surged to around 330 square miles, has been 25% contained as of 2nd September.