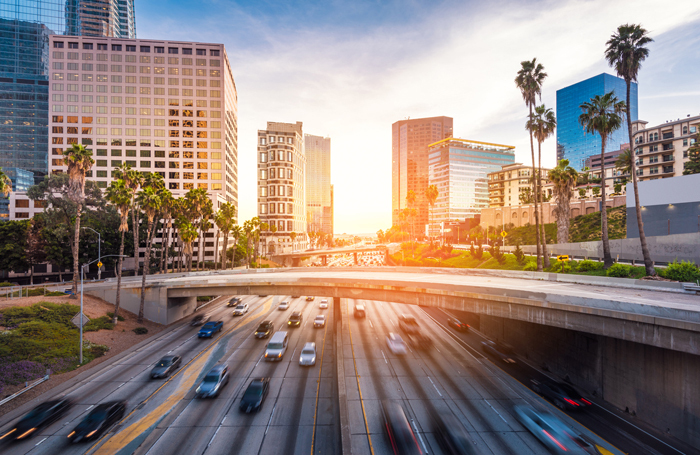 1. I-5 Fatal Corridor
This road is considered the most dangerous of all roads in California. The road is around 756 miles and stretches from Mexico to Oregon. The number of accidents on this road is relatively high, and therefore it belongs in the top position.

Within seven years, nearly 700 fatalities occurred on this road. Most of them are caused by the speeding of the semi-trucks to reach the destination on time. So next time when driving on l-5, try not to get distracted in anyways or avoid traveling during peak hours.

2. SR-86 Notorious Passage
Another Californian road notoriously famous for the sheer number of fatalities is the SR-86, around 90 miles in length. The road stretches from the Mexican border crossing at Calexico SR-86 and then heads slightly north to Indio, passing through the Imperial Valley west of the Salton Sea into the Coachella Valley.

The road was initially a 2-lane road and also had easy access from many rural roads. This led to the increase in fatalities; therefore, the authorities decided to expand it to a 4-lane highway.

3. I-40 Commuter Peril
The I-40 Commuter Peril is a major interstate that spreads across the entire nation and ends in North Carolina. The road spans around 154 miles, and the condition of the road is continuously deteriorating. Even when constructions are happening to improve the quality of the road, the number of car accidents doesn’t decrease.

The route still continues to be one of the most heavily traveled routes in California, and the road conditions worsen when it’s raining or when the sun is at its peak during summer.

4. SR-78 Mountain Route
Measuring around 217 miles is the SR-78 Mountain route that stretches from Oceanside to Blythe. The road is a boon for the heavily populated areas of Northern San Diego County, but the road has 62 fatalities to its account in the last 7 years.

The rugged terrain through which the road was built may be one of the leading causes of these accidents. So when conquering this road next time, make sure the brakes on your vehicle are all good and work just fine.

5. I-15 Gateway to Sin City
The l-15 measures around 181 miles and more than 8 million people commute to this route to find their way to Las Vegas. The road is mostly straight throughout its course and has minimal terrain and distractions on the way.

Probably this is the reason why there are so many fatalities on the route. Drivers tend to be careless and over speed when the path is all clear and smooth. The route has nearly 1069 fatalities to its account over the last 15 years.

Well, that’s the list of the 5 most dangerous roads in California. As a precautionary measure, it’s always safe to have Santa Rosa Car Accident Lawyers like those at North Bay Legal on your speed dial. They would help you with all necessary services in case of a car accident, and you won’t have to worry a bit about the formalities that follow.