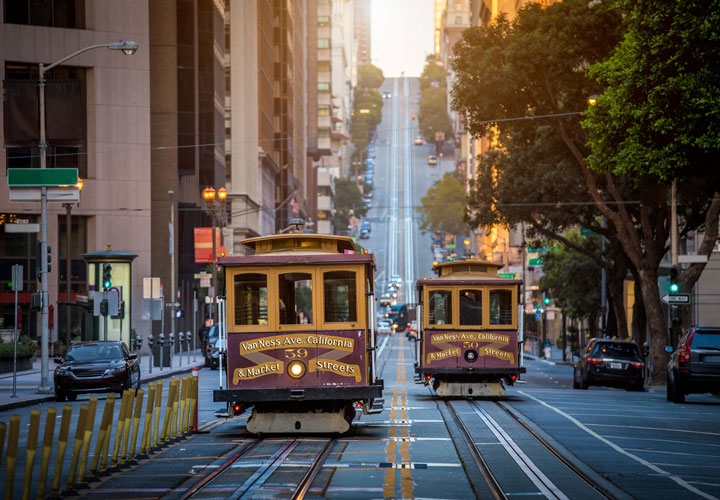 Compared to cities like New York the numbers of infected coronavirus cases and related deaths in San Francisco are relatively low, however the city and it’s people have been feeling the full brunt of the Shelter in Place order that has been imposed by the city government.

As of Saturday April 4, San Francisco reported 529 confirmed cases, 32 more than it had the day before. However the city’s health care system is currently not overwhelmed with cases with 75 infected people currently in hospital care and 32 in intensive care units. While the total number of deaths has risen to 8 the city has vigorously begun to enforce its new shelter in place policy with San Francisco PD issuing citations to any violators of the ordinance.

The city formally issued the new guidelines to its stay at home order on March 31, which outlined descriptions of “essential business” that would be allowed to remain open, and social distancing practices for people to follow. The order also lays out guidelines to allow continuation of “essential activities” such as traveling to and from work, or to places to buy food, groceries, and obtain health care.

One 86-year-old man was given a misdemeanor citation for protesting outside of a Planned Parenthood after police previously informed him that doing so was violating the public health order. The man was camped outside of the clinic on the sidewalk and handing out leaflets to people on the sidewalk, coming well within a 6-foot distance to do so, coming into contact with various people throughout the day. While the man insisted his constitutional rights of freedom of speech were obstructed, he admitted that he had been previously warned of the consequences of his actions.

Police Chief Bill Scott had issued a statement that officers would begin issuing citations to residents and business owners if they failed to comply. Any business deemed non-essential could be cited for allowing patrons ins

Essential businesses include healthcare operations such as hospitals, as well as grocery stores, supermarkets, food banks, and other markets that sell multiple categories of products. Additionally food cultivating businesses such as farms that produce agriculture, fish and livestock will also be allowed to continue business along with social services that provide food and shelter for underprivileged people. You can see the ordinance and the full list of businesses on the city’s Department of Public Health order.

Many businesses are reeling from the various stay at home orders and their effects on the city’s economy, the businesses hit hardest were retailers, bars, and restaurants. There are over 34 merchant districts across San Francisco and 90,000 businesses total, almost half are small businesses. It’s been reported that nearly 350,000 workers will be affected by the current impact the coronavirus has had on San Francisco’s economy.

In response to this the city has established its own economic recovery task force comprised of San Francisco Labor Council Executive Director Rudy Gonzalez, and the city’s Chamber of Commerce President Rodney Fong, other community organizers, business representatives and more. This committee will be tasked with providing equity for small to medium businesses and aiding in places that are left from state and federal assistance, and more.

Reportedly 5,676 San Franciscans were already laid off in March but those small business owners that have been affected are not going down without a fight. Many are changing processes and adapting to new rules laid out in the stay at home order. Grocery stores for example that are still in business have posted signs informing customers that they will no longer be able to bring in their reusable bags anymore. Additionally organizations like Community Supported Agriculture are small farms that grow seasonal produce and have taken to delivering boxes of produce straight to customer’s doors so that they don’t have to leave their home. Other small businesses and bars have even begun to sell alcoholic beverages to go (paired with food) thanks to the state’s easing its rules about alcohol delivery during the time of the pandemic.

So while the city slowly treks towards economic lows and more policies restricting businesses and outdoor activities, we are seeing new opportunities for a different kind of business that can thrive. The people of San Francisco are not simply lying down and in virtually every way that they can, they are resisting the mind-set of doing nothing.